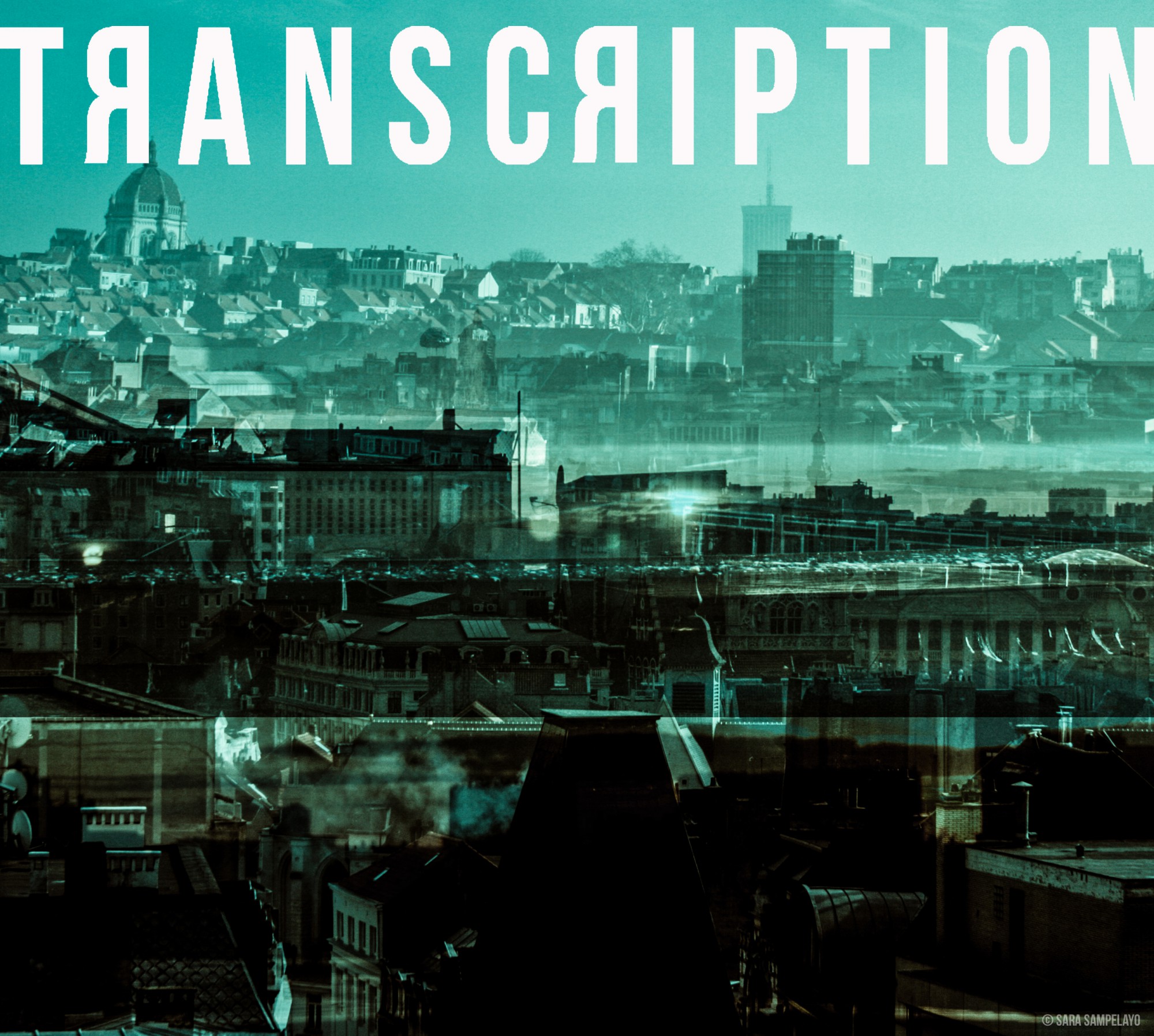 The starting point of TRANSCRIPTION was the desire to work with a group of residents in a specific area of Brussels – the one surrounding the centre for asylum seekers Petit-Château. Straddling various districts, it covers Parvis Sainte-Catherine, Boulevard d’Ypres (1000 Brussels) and Parvis Saint-Jean-Baptiste (1080 Molenbeek). It is a very diverse area of
the city that encourages you, perhaps more than other areas, to reset your points of reference,
to become aware of new urban and social relationships and boundaries, and to find your place in this part of the "world-city" Brussels.

Last July, we turned this area into our performance space for a period of three weeks, together with a small group of 15 Brussels residents, long-standing as well as newcomers, differing in age, origin, issues and status. Into this space we tried to inscribe our bodies, our backstories, our habits and our struggles by means of an inclusive artistic and interdisciplinary practice. It was a matter of inhabiting differently a territory we were already sharing on a day-to-day basis by outlining a territory with boundaries that were known only to us.

We then set off to conquer this space. First, through exploration, demarcation, appropriation, then through performance and action in public spaces. These experiments were conducted collectively and individually through a series of games and filmed improvisations, the development of imaginary characters (aliases), and also various inscriptions within the perimeter, a guided visit to the district, etc. Using as a starting point the mixed identity of the group: its experiences, perspectives, cultures, languages, its different dynamics of integration and legal status, we tried to develop different kinds of relationships with the city.
Problems that fueled as well as challenged this participatory project.

How then could we, together, make this perimeter unreal and reinvest it with other geographical and mental locations? How could we create a territory to which other territories could be summoned, whether distant or past, real or imaginary, on which we could superimpose itineraries, practices and recollections people have brought from their places and lives of origin, and which are experienced in everyday Brussels? By creating an urban island with movable boundaries, layers that blend into one another, where other cities come to merge with Brussels.

At the head of this other territory, there is a gathering of women engaged in long conversation about the Congo they left.
Place du Béguinage, there's the Kinshasa market.
In a playground, there's a palaver tree where people hold dialogues in moments of conflict.
In the streets, there's a series of aliases stirring. Perhaps they're waiting to find out the outcome of an action film, or a social conflict, or an immigration policy.
Somewhere on the canal, amid pirogues and the Place Communale in Molenbeek, there's a floating protected site where objects brought over by Brussels residents from their countries of origin can be safeguarded.

The installations of these three weeks didn't always leave traces and we are only sharing part of them here. Rather, the videos, texts and maps exhibited on this occasion show a dialogue between the restitution of this participatory process and the questions it has engendered.
They ask what kind of place you can have in a city when you don't share its urban rules; what difficulties are involved in running an artistic project in the face of the prejudice and discrimination that are triggered by its action in public spaces; what is the role of power and privilege in a territory where social injustice is still an everyday reality.
Putting it simply, this installation also provides a space for preparation, debriefing, sitting down and listening, just like the workplace rue de Flandre that acted as our anchor during those three weeks.