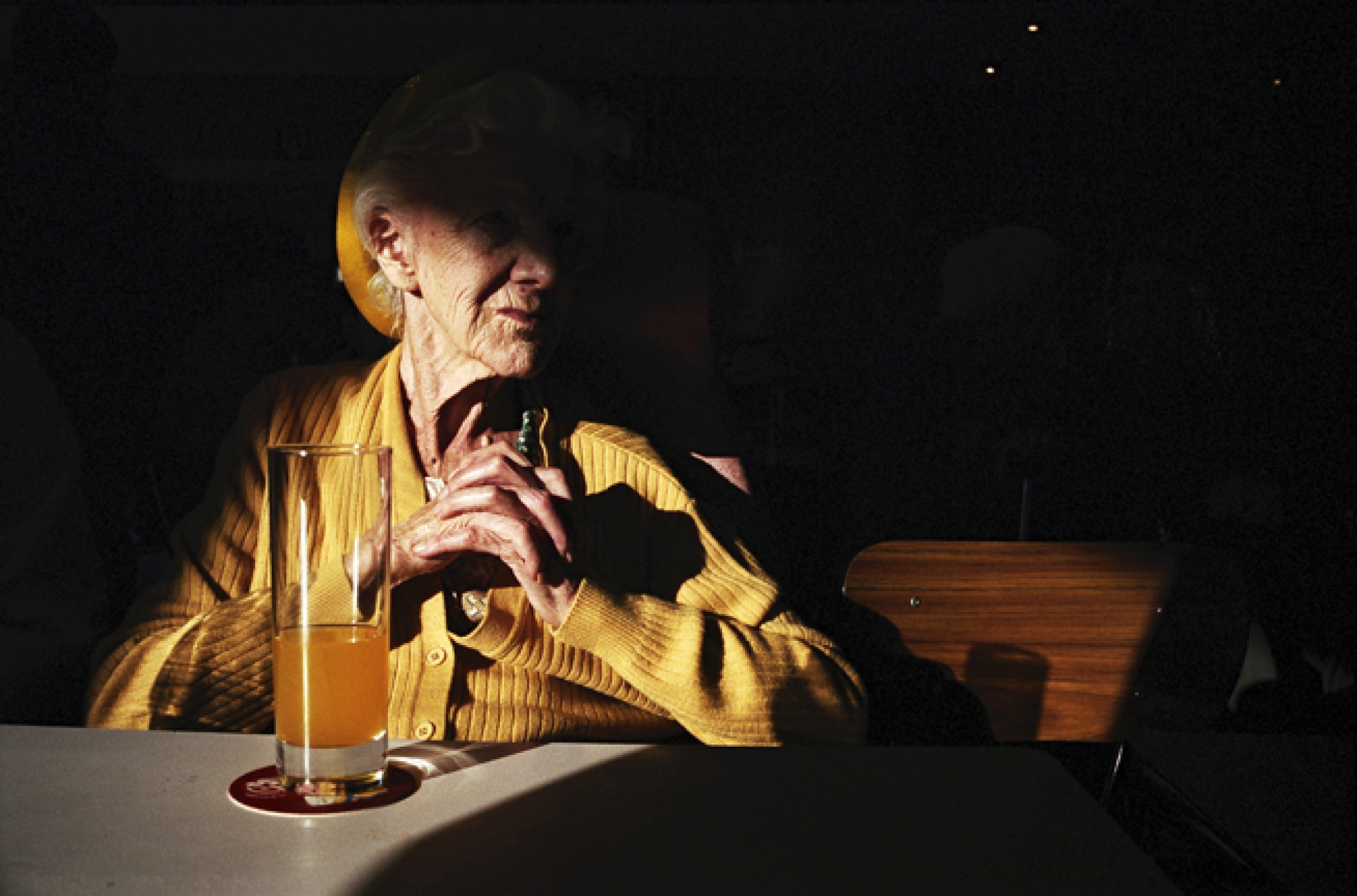 First I would like to talk about this picture, taken by Charles Paulicevitch.

About the old lady in yellow, with her wrinkled hands.
She’s looking elsewhere, sitting up straight as though, despite her old age and her story, she was still looking ahead. Moving on through thick and thin. Or she might be looking at her own death, or the one of those she once loved or hated.
This lady embodies “The Revenger’s tragedy”, the elizabethan play we have chosen to work on: she is from the past and is looking towards us. “The Revenger’s tragedy”, staring at us. Nobody knows who the playwright really is – Thomas Middleton? Cyril Tourneur? Or somebody else? The play brings up many questions and topics that are still hot nowadays...

This lady could also be Castiza - the sister of the main character, Vendice - years after the tragedy.
Castiza who supported Vendice with all her might during nine years. Nine years have past since the death of Vendice’s fiancee, Gloriana, and the beginning of the play when Vendice’s revenge finally comes into action. Castiza will survive Vendice’s devastating passion. A passion that will lead him to his death on the scaffold.

This lady could also be Gloriana– Vendice’s fiancee. Or rather what she would have been if she hadn’t poisoned her young self, after being raped - or not- by the Duke. That question of «has there been rape or not? », that doubt that benefits the criminal and certainly not the victim, is a central point in our work. The question of course is not whether rape is good or bad, obviously. What we want to question is what leads to rape, what are the different layers that make it a latent threat, a war weapon, a process to eradicate women.

For a long time I thought that a woman wearing a short skirt or showing off her cleavage was a call for rape, and that going out dressed like that was, probably unconsciously, wanting to get caught. I thought that rape was like a disease that you would catch or not! That it all depended on our own behaviour or on a obscure predisposition. To cut short, if a person was raped it meant that they were looking for it. And thus all they deserved was shame. A shame that, in the original play, leads to the suicide of women whom men have raped or “tried” to rape.

I was brought up in that idea, my mother herself got it from her grandmother who was raped in her youth, shortly before she got married. But there weren’t any short skirts at that time, and the cleavages were well hidden. So I’m back to my central question: what leads to rape?

I don’t claim to be able to answer this question, I don’t even want to find an answer.

I just want to think it through.

To question what’s surrounding me.

The Revenger’s Tragedy, play from 1606, is a very rich material through which we can look at our own times. I have endur’d you with an eare of fire is a line from the original play, said by Castiza to her mother. We will question what part a mother plays in transmitting the notion of female submission, and The Revenger’s Tragedy does it very cleverly. Casitza’s words also reveal an exasperation that we want to point out . She expresses her refusal. She says NO. NO to submission, NO to revenge, NO to the appeal of tragedy for tragedy: blood and fury.

Throughout our different Flash Flow and workshops, different points of view came up and lead to many digressions. We approach the work collectively: actors, sound/light/set designers, writer, everyone contributes in their singular reading of the play . We work in a constant back and forth between the original play, the stage, and the new material written by Caroline Lamarche. From this prolific exchange we pick some moments, fragments, to fill the gaps – or not - of what was left unsaid by the original play.

It seems important to us to question the leitmotiv of the original play: the «nine years», which is repeated several times by Vendice, these nine long years of silence between the crime and his revenge. When the play starts, Gloriana has been raped nine years ago, she poisonned herself nine years ago, to avoid dishonor. Nine years of mourning, for Vendice. Discreet Castiza lives during nine years besides her brother. Nine years of an invisible gestation for this revenge which starts on this flamboyant predication of Vendice:

Duke Royall letcher! Goe, gray hayrde adultery !
And thou his sonne, as impious steept as hee:
And thou, his bastard, true-begott in evill:
And thou his Dutchesse, that will doe with Devill:
Foure exlent Characters! -

A revenge that won’t end by punishing the offenders but will pursue its deadly journey, as if it was driven by its own movement, ruining the life of Vendice, and offering Castiza a freedom we are left to imagine.