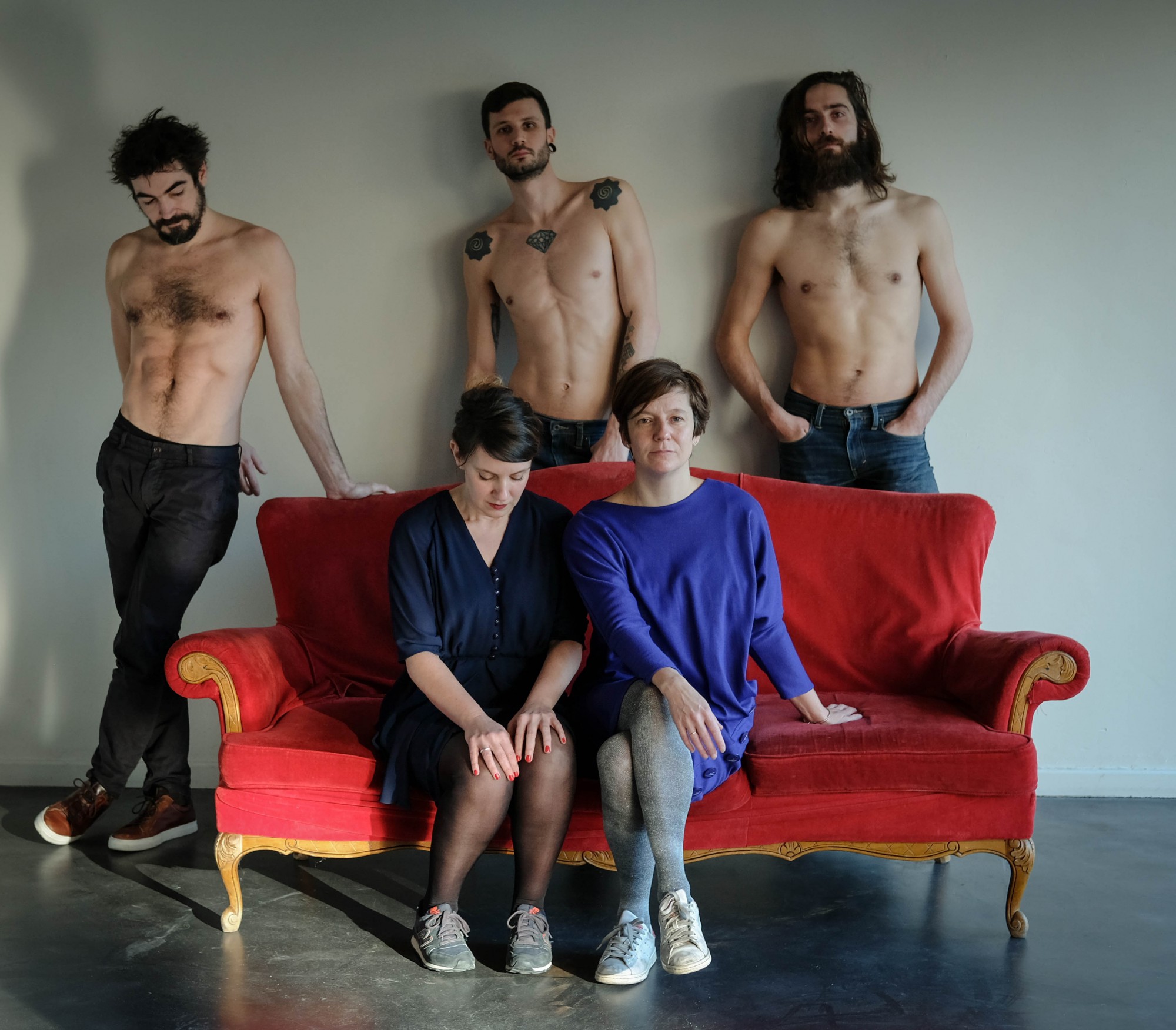 They went looking for a 'male hooker’, a man able to satisfy her sexual desires before vanishing again in the city. It could be the beginning of a fiction. Instead, this is the start of Anne Thuot and Diane Fourdrignier's investigation, more than a year ago. Throughout their search, from paid sex to Tinder, from unspeakable fantasies to boring conversations, the two performers were confronted to the ignorance or the clichés about female desire, often merely seen as a response to those of men. But concretely, where can a woman look for a sexual, erotic or sensual encounter? Could she formulate what she wants? How would a city where female desire could be as visible as men's look like?

Looking for the putes mecs was awarded le Prix du Spectacle Vivant 2017 by the Belgium Comity of SACD.